Born in June 14, 1928, in Rosario, Argentina, Ernesto Guevara Lynch of La Serna came from a family that was not poor, although some effort had to be made to balance the budget. His father, Ernesto Guevara Lynch, saw successive attempts to set up his own business. And the mother, when not raising her five children, was feminist, socialist, and anticlerical.

Growing up, Guevara became an eternally careless-looking boy. His hair was always unkempt, his shoes untied, his shirt a little dirty. “The man who would captivate millions with the charm of the look, the smile and the gestures, never endeavored to take care of his clothes,” would recognize the writer Jorge Castañeda, author of Guevara: A Vida em Vermelho. As he did not change much of clothes and spent days without a bath in his youth, he received the unflattering nickname of chancho, pig in Spanish.Eternalized as one of the greatest symbols of the communist struggle, Che is still fascinated to this day, both by those who love him and by those who hate him. Its role in liberating Cuba from dictatorship and the first step towards the establishment of communism still has an impact on society. 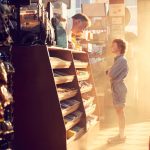 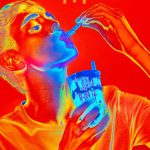