Frank Kunert (previously) is a Germany-based photographer and modelmaker who creates mind-stretching scenes that, from afar, appear like everyday urban environments with the same beige color palette and concrete walls that are common across the world. On closer inspection, though, Kunert’s work reveals itself to be a series of surreal scenarios—he takes viewers on a fantastical journey in which mundane objects are transformed and merged into unusual architectural scenes that explore the “absurdity of life.”

In one work, a cot is sandwiched in the middle of a desk and bookcases, while in another, two old stools sitting on a small carpet face a large window that resides high in the sky, with two minuscule glasses of rosy wine positioned beside them. Each piece of Kunert’s tiny, perception-twisting models takes him weeks to months to create, and afterward, he photographs them with a large-format, analog camera.

Kunert turns common objects into pieces of admiration, giving viewers the chance to reflect on redesigning old collectibles or waste items for new uses. Throughout this period, social distancing has influenced Kunert’s work and many of his designs reflect a new normal. For example, he redesigned an old wooden table, which he divided into individual booths for diners.

You can view more of the artist’s projects on Instagram and in his book, Frank Kunert: Lifestyle, which is available on Bookshop. 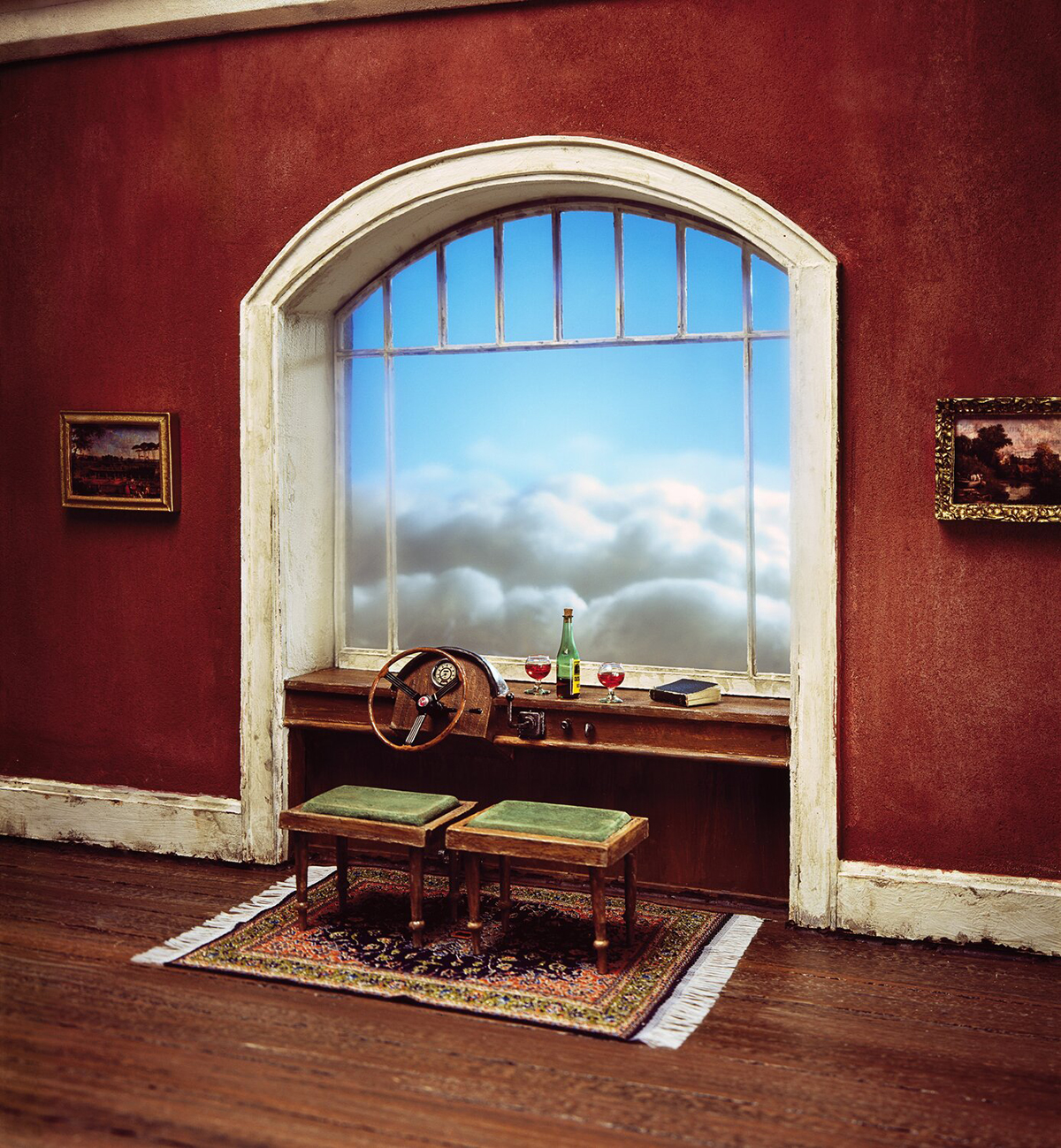 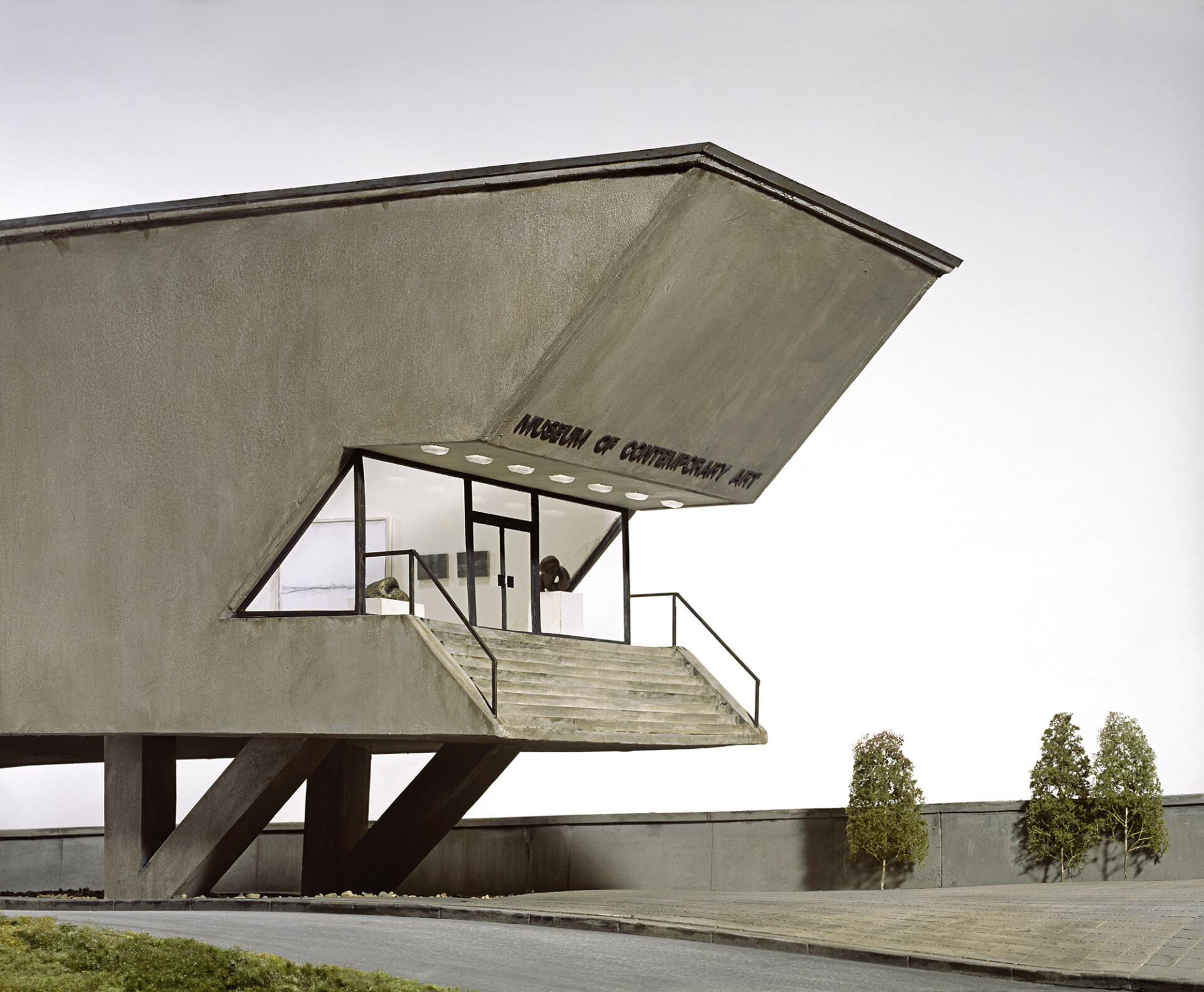 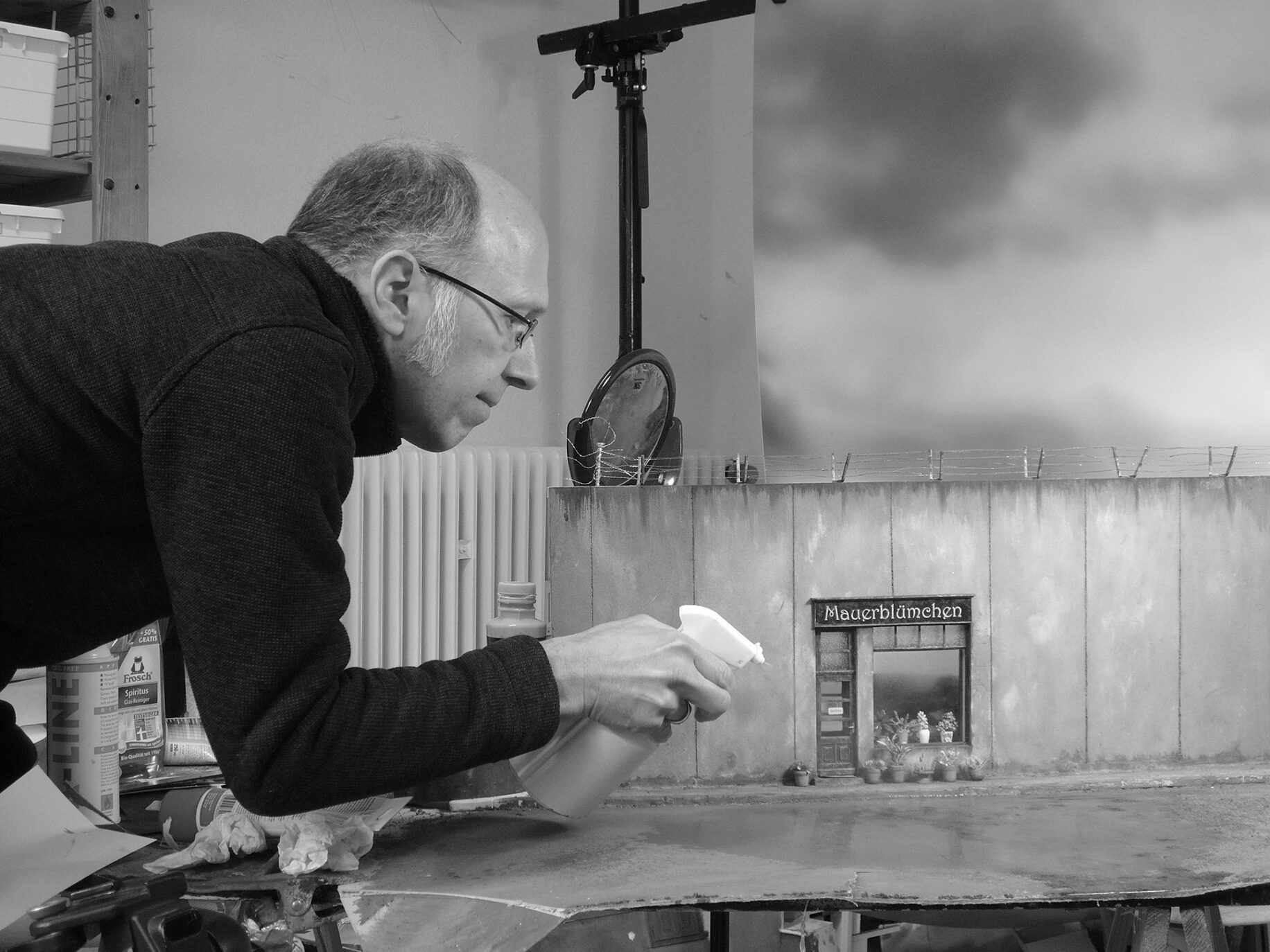 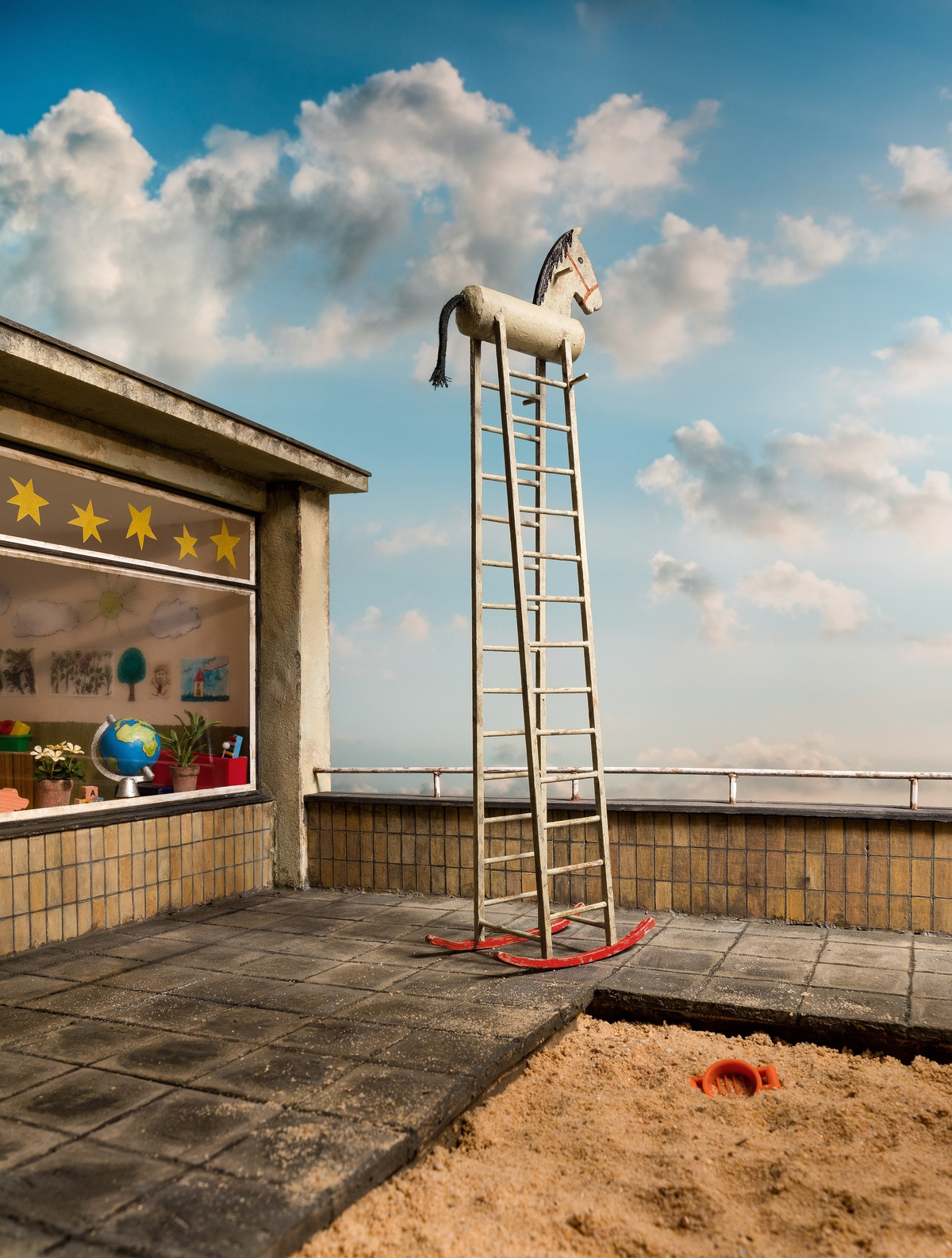 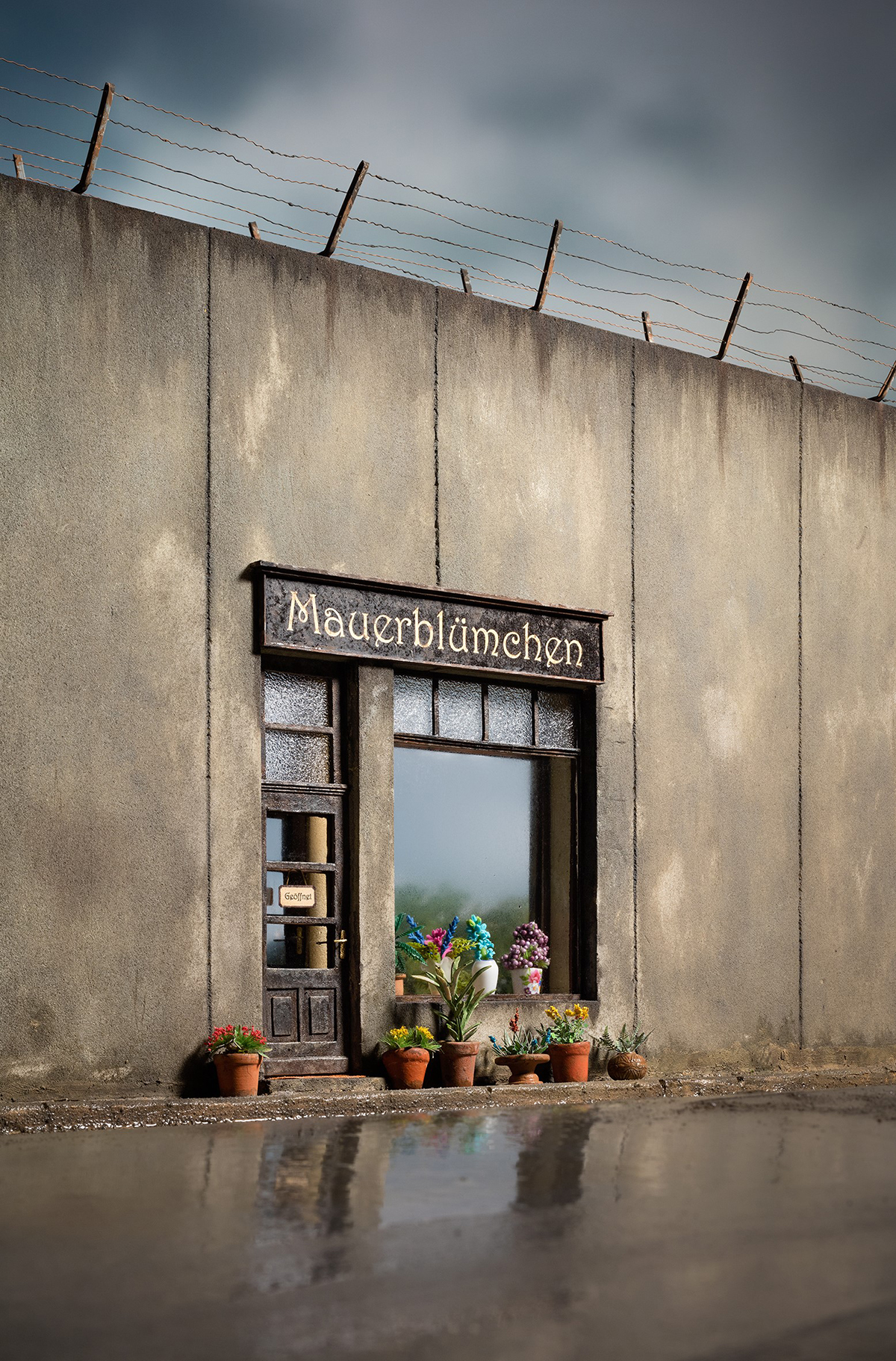 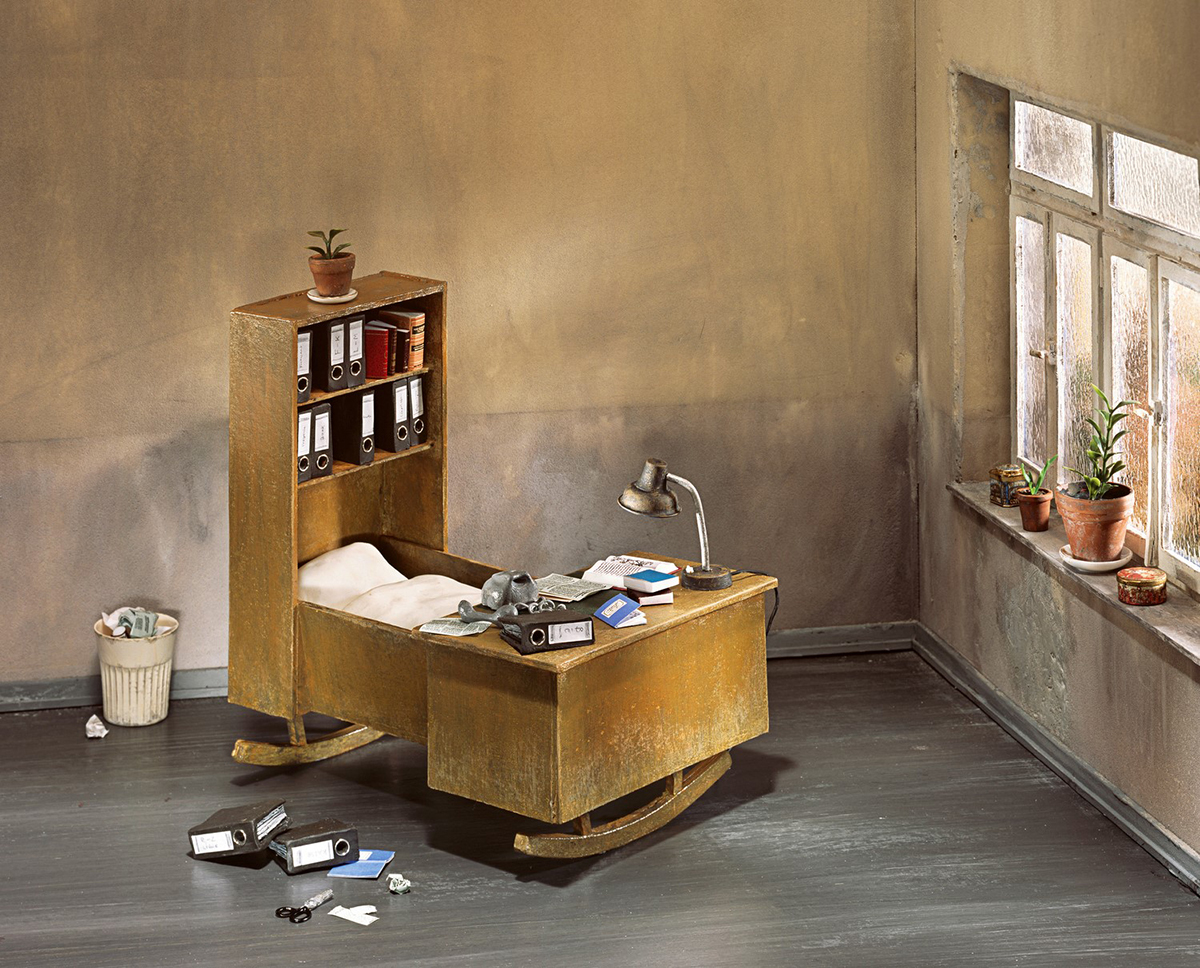 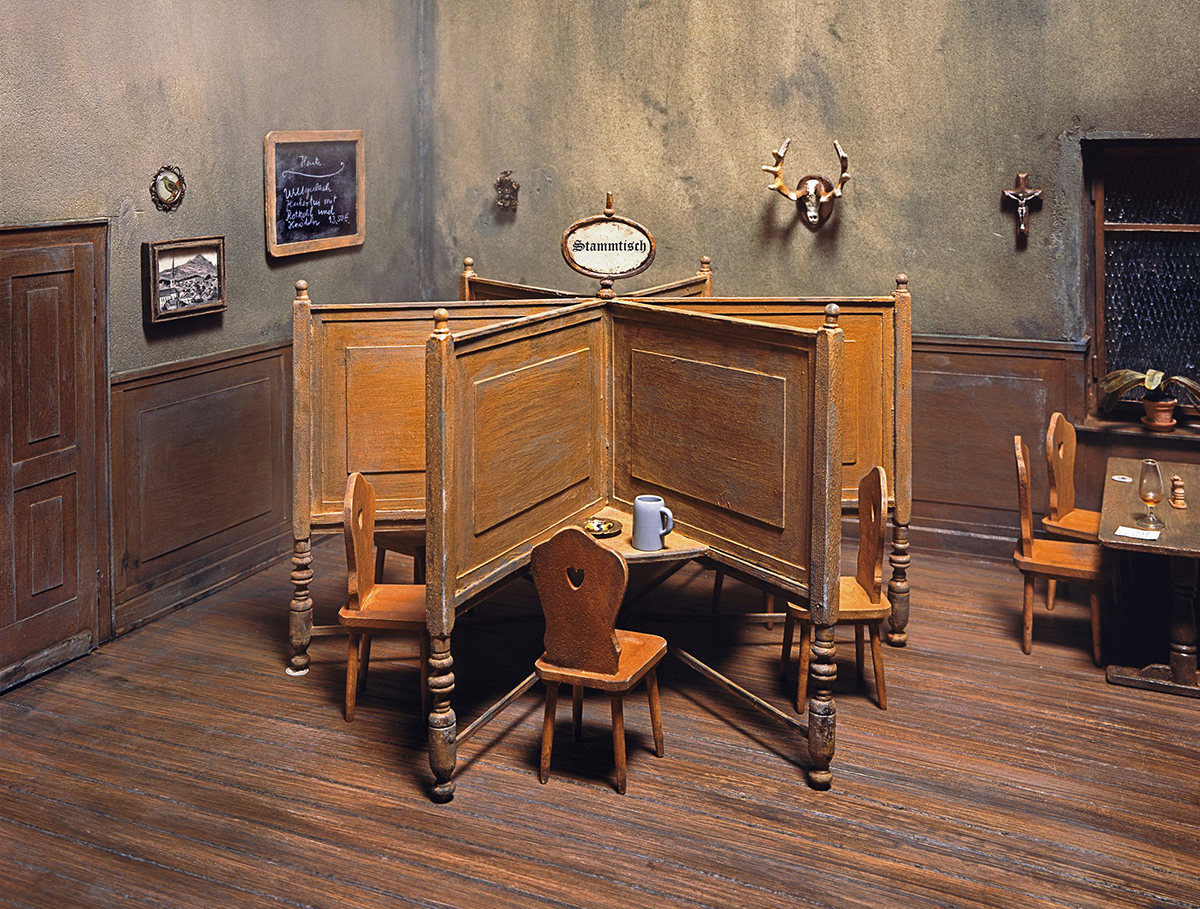 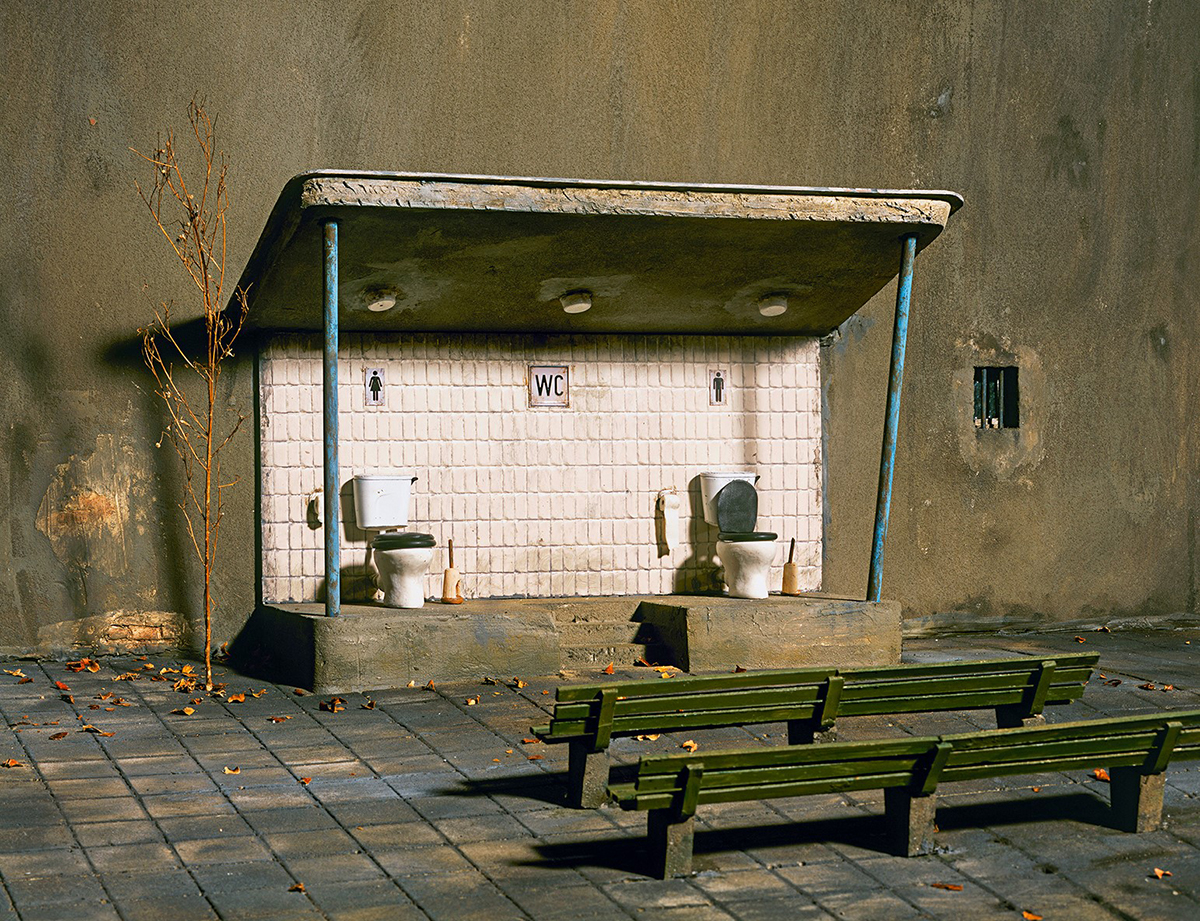 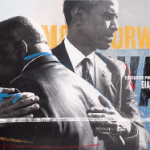 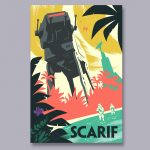