These ladies are the ‘Climbing Cholitas’ or ‘Cholitas Escaladoras Bolivianas’. A group of Aymara indigenous women who are breaking stereotypes and shifting perceptions. In January of 2019 they summited the 22,841ft peak of Mt Aconcagua. The highest mountain outside of Asia. And did so eschewing traditional climbing clothing in favour of their traditional, vibrant, billowing dresses, and using their traditional shawls to carry equipment rather than backpacks.
The word ‘Cholita’ has previously been used as a pejorative term for the indigenous Aymara women of Bolivia. But these woman are reclaiming it as a badge of honour.
” In the very recent past, as little as 10 years ago, Bolivia’s indigenous Aymara women were socially ostracised and systematically marginalised. Known as ‘cholitas’, these women, easily identified by their wide skirts, braided hair and bowler hats, suffered racial discrimination and could be refused entry to certain restaurants, using public transport and entering certain public spaces such as the capitals central square, Plaza Murillo While these woman have been advocating for their rights since at least the 1960’s, their movement was further invigorated by the 2005 election of Evo Morales. Bolivia’s first Amerindian president. Since then the majority indigenous population have seen greater recognition and autonomy. “ 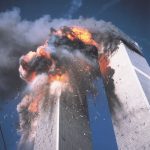 20 Cameras That Were Used To Capture These Iconic PhotographsPhoto 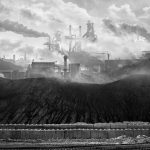