Are you staying up late to finish “important” emails? Do you take work home on the weekends? You might want to re-examine why you are working so hard, because according to Norwegian researchers, workaholics often have a number of psychiatric disorders.

A study led by the University of Bergen examined 16,426 working adults and found an association between workaholism and psychiatric problems.

In particular, it was found that:

That’s a host of issues, with a third of all workaholics having ADHD and anxiety:

“Workaholics scored higher on all the psychiatric symptoms than non-workaholics,” said researcher and clinical psychologist specialist Cecilie Schou Andreassen. “Thus, taking work to the extreme may be a sign of deeper psychological or emotional issues. Whether this reflects overlapping genetic vulnerabilities, disorders leading to workaholism or, conversely, workaholism causing such disorders, remain uncertain.”

The scientists encourage further research in this field, stressing the importance of neurobiological deviations in workaholism.

Want to know if you are workaholic? Below is the test used by the researchers to identify a workaholic, with each criteria rated from 1 (never in the past year) to 5 (always). If you score 4 (often) or 5 (always) on four or more criteria, you are a workaholic!

How do the results look? Maybe it’s time to take a break and look for other avenues of self-expression.

You can read the full study here in PLOS One magazine. 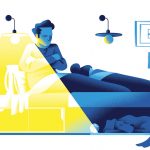 Can’t sleep? Tell yourself it’s not a big dealNews 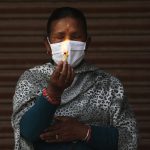 Life in times of coronavirusNews, Photo